We stayed the first night in Fort Bragg, where we attended Church in a  small local congregation the following morning. We then headed to ‘Glass Beach’, where the sand is mixed with sea glass – a result of glass being dumped into the ocean many years ago. Today, the beach is covered with small smooth pieces of glass in whites, greens, red and blue. 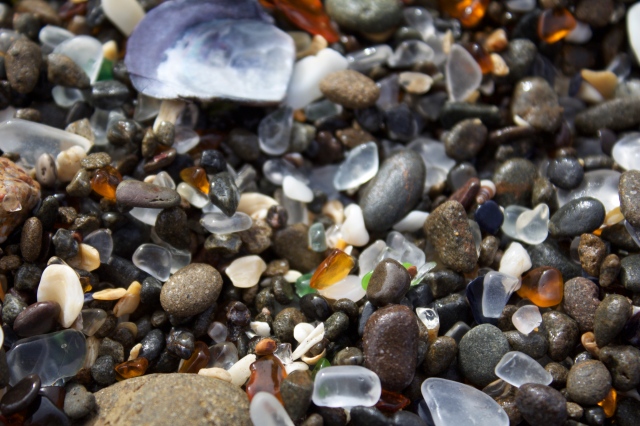 The kids loved collecting pieces of sea glass, putting it into a bag to take homes a reminder of the trip. 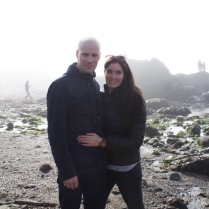 We climbed over some rocks and discovered a neighbouring beach that didn’t have any sea glass, but looked amazing with cool rock formations and fog, so we explored and took a few shots there. 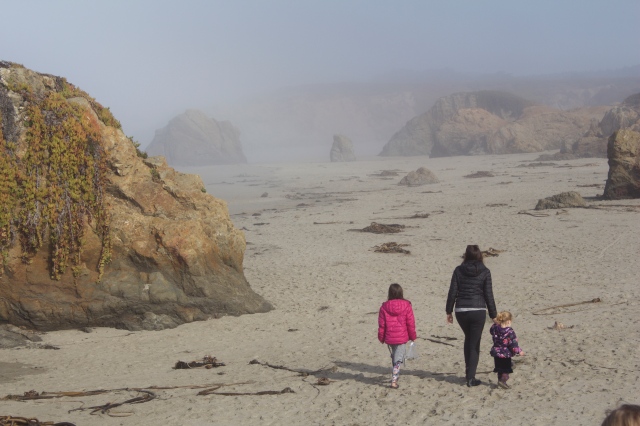 The next morning, we set off on the road and saw a sign for a ‘prehistoric garden in Oregon’s rain forest’ with full size dinosaur models. We decided to make a stop and have a look around. 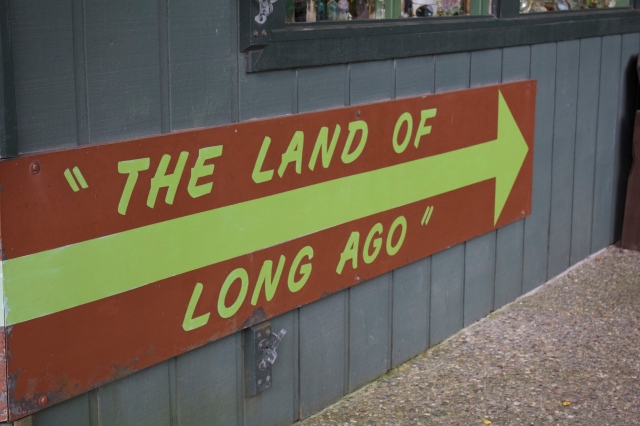 It was cool to see so much greenery, moss and moisture, having been in California where the drought continues and areas that once were green are brown. We enjoyed finding the dinosaurs and learning about them as we walked around the trail. 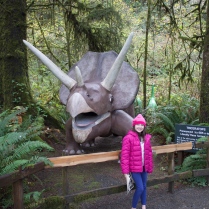 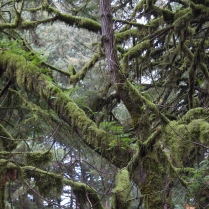 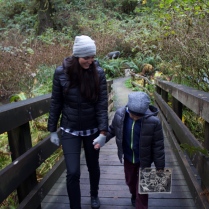 Here’s Lucy giving a little video tour of the gardens:

Next up was the West Coast Game Park in Bandon, where we were able to stroke goats, llamas and even a Lynx. The kids absolutely loved it here – especially playing with their ‘friends’, the young goats. 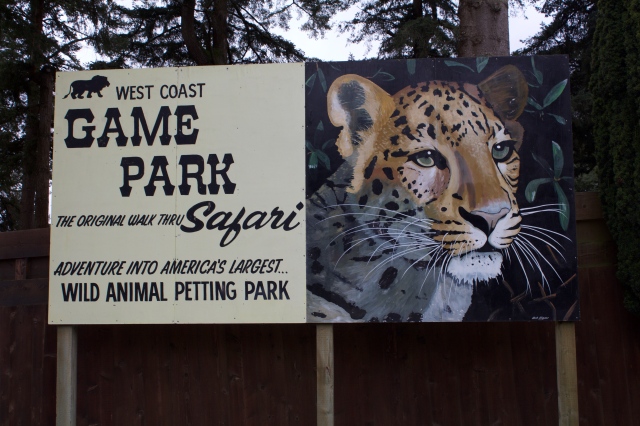 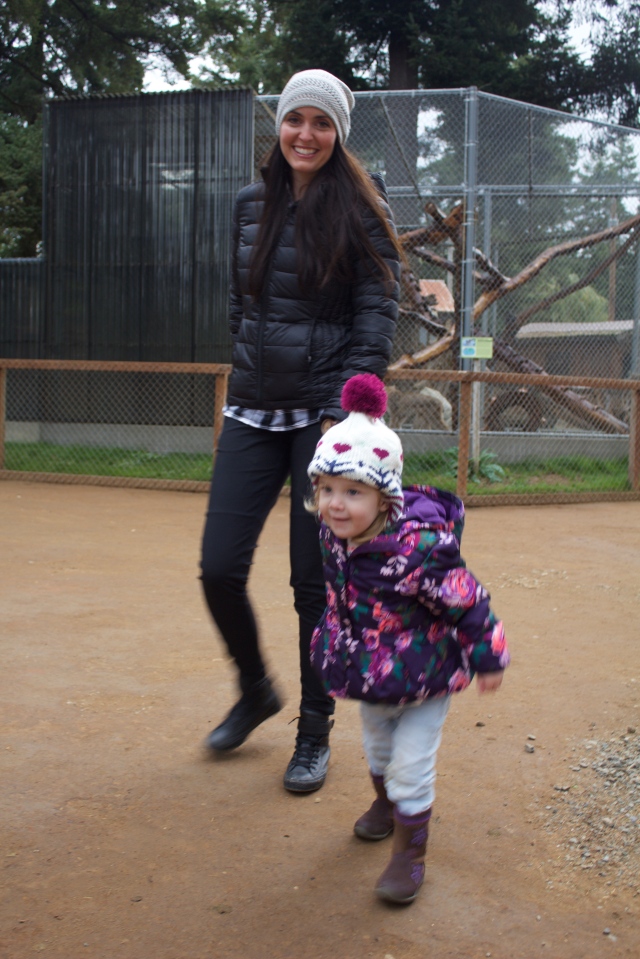 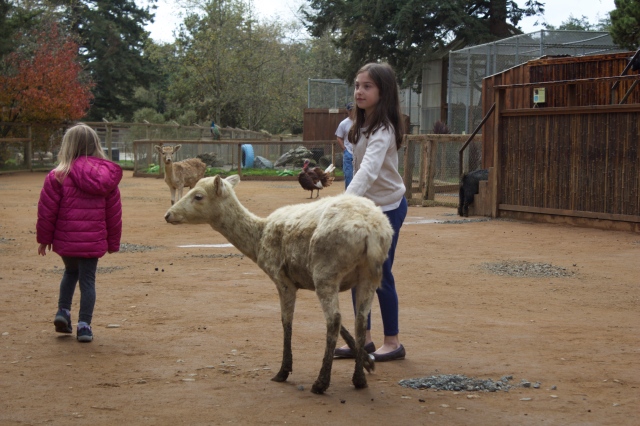 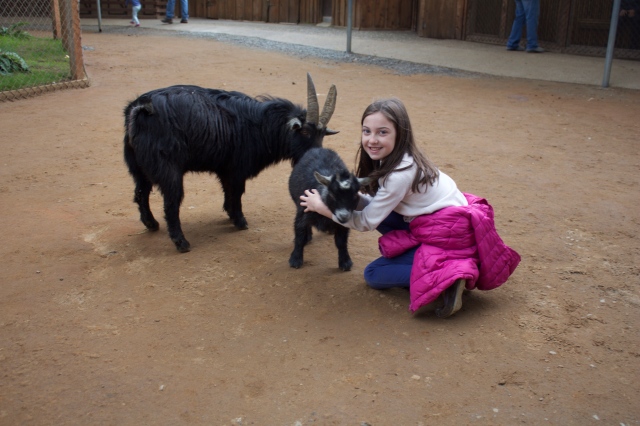 The kids each had an ice cream cornet filled with animal feed and as we arrived, the older children went on ahead while we got through the gate with Olive. As we entered the farmyard, we saw Charlotte running, holding her ice cream cone out in front of her, squealing, as she was chased by around 10 goats, 4 deer and 2 llamas!

Here, ‘Charlotte News’ gives a report on the incident:

Here’s Olive with her cornet:

Having worked up an appetite, we headed for Bandon old town/seafront for fish and chips. While not authentically British in style, we weren’t complaining and all enjoyed the meal. 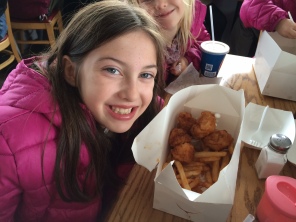 Afterwards, we went over the road to a fudge shop. The kids were full and happy and a little bit hyper (as can be seen in the group picture above) and crossed the road in the style of the congo:

A good night’s rest at the Motel and we were ready for another day.